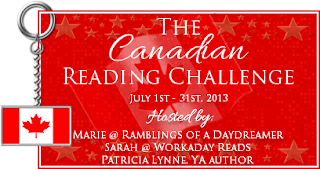 When the lovely and talented author/blogger Marie Landry from Ramblings of a Daydreamer did a call out to see if people were interested in a second annual Canadian Reading Challenge, I told her that I would commit to reading and reviewing at least one book that met the criteria for the challenge. I'm a fellow Canuck after all and us igloo inhabiting, dog-sled driving (I joke, I joke, I kid, I kid) northerners have to stick together! Here it is, the last day to link up a review, and it's Brandy just under the wire.

I met author and sound poet (seriously, take a minute and check that out) Paul Dutton in 2010 when my creative writing professor invited him to do a reading as part of literary series at our university. The man is a genius, maybe a little crazy, but they say there is a fine line between genius and insanity! After hearing a very short excerpt from his novel, Several Women Dancing, I had to have it, had to read it and one cannot simply purchase a book directly from an author and not have him or her sign it. The inscription reads: "For Brandy in Brandon, Drink it in sips or gulp it down. Paul Dutton," and now for a brief review. 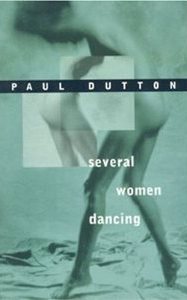 Move over E L James with your unrealistic virgin girl-child turned doormat nymphomaniac and abusive dictator/borderline misogynist (if you haven't guessed it yet, I hated Fifty Shades of Grey, well, the 6 chapters I actually forced myself through, anyway), and make room for some real Erotica. Several Women Dancing is not for everyone. It is raw. It is highly sexual, some might say vulgar, others might say inappropriate, but I am not one of those people. I loved it.

The novel is told in first person narrative through a male voice who frequents strip clubs and inevitably becomes obsessed with one of the dancers, Black Satin. Dutton takes the reader through fantasy after sexual fantasy and does this in such a way that the reader is never really sure if the encounters described are real or fictional. The days, cities, even seasons become muddled in the man's mind as he lives his life from one experience involving Black Satin to the next. The novel is just so honest and I think that is why I enjoyed it. I think that honesty is what makes it so believable and such a great piece of literature. It is disturbing and uncomfortable at times especially when Spencer engages in fantasies of an Oedipal nature, but it is all part of the raw honesty that I appreciated so much in this novel.

Here's my favorite passage (don't worry, it's rather tame in the grand scheme of the novel): "I blame the candles (so long since I'd had a candlelit meal); I blame the meal (thick cream soup, a subtly spiced casserole, a bottle of wine); I blame the wine (a vintage Burgundy, the last of which we sipped on the living-room couch); I blame the couch (plush and comfortable, inducing a lassitude augmented by the classical guitar playing on the stereo); I blame the stereo (at the end of the record the room filled with silence); I blame the silence (breathing a faint sigh, she leaned her head on the back of the couch, where I'd stretched out my arm); I blame my arm (lifting it a little as a prelude to moving it, I caused her head to roll slightly towards me and saw her smile); I blame her smile (it increased the flutter in my stomach, the trembling in my hands, the shortness of my breath, the dryness of my mouth, the pounding of my heart); I blame my heart." Beautiful, right?!

Overall, Several Women Dancing is riveting and fresh! If I use Marie's rating scale: I loved it! So, if you can keep an open mind, pick it up and enjoy some real literary erotica - Canadian style!
Posted by ~Brandy~ at 7:56 AM