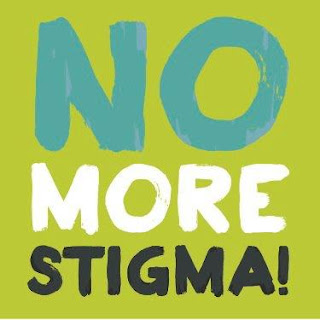 Thursday, May 10
Inspirational Quote: "It matters not what you are thought to be, but what you are."
May 7-13 is Mental Health Week. Mental Health has played a big role in my life, from dealing with the disorders of family members to recently discovering my own disorder. I spent some time, today, looking at the Canadian Mental Health Association's website and did some e-advocating on behalf of people dealing with mental illness. I changed my facebook profile picture to the suggested No More Stigma image and linked to information on my own mental health issue; anxiety disorders. Too often, people with mental health disorders are labelled according to their illness (what they are thought to be) and treated accordingly. That stigmatised treatment is a dangerous habit. A person's actions tend to inevitably match the way in which they are treated. I urge everyone to get educated about mental health. My mental illness makes me who I am; I'm not ashamed to admit I have it; I'm not embarrassed to talk about it.

I also feel the need to share another RAOK that I was privy to today. A friend of mine was raving about the delicious steak he had at a work function today in addition to bragging about the leftovers that he was taking home with him. Later in the evening, he told me that he gave the cooked steaks, to a homeless gentleman sitting on the highway. Apparently this man is sitting there with his sign asking for any kind of help quite often...sounds like a RAOK of my own in the making!