A-Z Challenge: G is for Giddy

Week 2 of A-Z, let's do this! Originally, G was going to be for Georgiana Darcy; you know the younger and only sibling of William Darcy...Pride and Prejudice...Jane Austen...my grad school thesis. It's all quite fitting for my theme "All Things Grad School," but I decided at the last minute (this morning) to change it to Giddy. Now that I think about it, the opportune word for G would have been Graduate as in graduate school, but I digress... 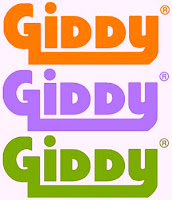 Google defines Giddy as: feeling excited to the point of disorientation.

Urban Dictionary defines Giddy as: feeling extremely excited as if you just saw a rock star, crush, celebrity, that made you seem speechless or incompetent of acting normal...

...or, in my case, feeling extremely excited as if I got accepted to graduate school with $30,000 in funding for the twenty-month program. Yep, giddy! If I had not been in my office at work when I read the acceptance email and funding offer, I would have jumped up and down and hooted and hollered as loud as I could. (I think that behaviour would have fit into the "incompetent of acting normal" category.) I did, however, post this Sugarcult song to my facebook feed to express how I felt.

Of course, I'm little bit nervous about leaving behind my comfy little life and taking on this colossal challenge, but I am way more excited giddy than nervous! 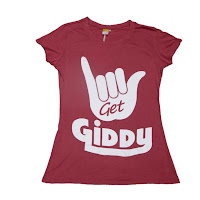 I am giddy because I am moving to a whole new city in a region of Canada that I have never even visited, flown over, yes, actually set foot in, no. I am giddy because every time I talk to someone who has been to Fredericton, they tell me that I am going to love it there.

I am giddy because for the first time in 10 years, I will be dedicating myself 100% to my studies. I did my entire undergraduate degree as a part-time student while working full-time. In those seven years, I yearned so many times to just be able to dedicate my time and brain power to school. I am giddy because in less than 150 days (148 to be exact - a little update to my C is for Countdown post) I will be doing exactly that, spending all of my time in libraries and coffee shops, reading, listening to classical music, writing, immersing myself in academia.

When have you felt excited to the point of disorientation a.k.a giddy?