It's A-Z. Mine's all about my upcoming adventures in grad school a.k.a doing a Master's thesis on Jane Austen. It is finally time for 'N' and my favorite Austen novel, Northanger Abbey. 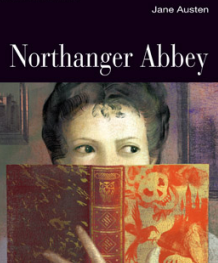 Let me guess, you've never even heard of Nothanger Abbey? It really wouldn't surprise me. It's the Austen novel that is least talked about and least adapted for television/film. Depending on who you read/believe Northanger Abbey was either the first novel Austen wrote or the fifth. What everyone seems to be in agreement with, however, is the fact that regardless of when she wrote it, it was published posthumously in 1818 along with Persuasion.

So, if it's Austen's least popular novel, why is it my favourite? I can only assume you are asking yourself that so I will provide an answer. First, though, I think a bit of context is in order.

I read all of Austen's novels in order of publication while working on my undergraduate Advanced Topics paper (basically a thesis without a defense) which means Northanger Abbey was fifth in my reading list. The premise for my paper, in laymen terms, was to rip apart the romantic, happily-ever-after love story that many readers see in Austen's novels. My paper argues that Austen was in fact making a mockery of marriage as a social convention especially as it pertains to young women. This mockery is done in a very subtle manner and is therefore easy to miss, but that subtlety is the brilliance that is Jane Austen and also the reason I love her work.

So, back to the reason that Northanger Abbey is my favorite novel. Of all of her novels, Northanger Abbey is the least subtle in terms of the parody it makes of propriety, believing in happily-ever-after, and popular Gothic novel story-lines. Northanger Abbey is hilarious! There are instances where the author as narrator directly speaks to the reader giving her opinion on the value of novels during a time when the novel was given little credit as a literary form.

I think Northanger Abbey gives the reader the closest look into Austen as a person than any of her other published works. For a reader like me that believes Austen was an early feminist, the likes of Mary Wollstonecraft, this novel is really just kind of magical. It also contains the most mystery and suspense of all the Austen novels as well as being set in the most magnificent building of all the novels. I mean, a haunted abbey?! Come on! 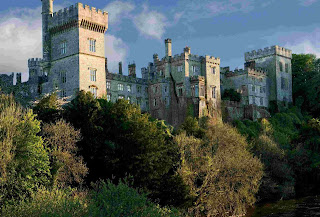 I know I really didn't tell you much about the plot or the characters, but just read it. Read Northanger Abbey. I'm 99.99% sure you'll love it!