A-Z Challenge: R is for Reading

The challenge is A-Z. My theme is "All Things Grad School". The letter is R. My word is 'reading'. 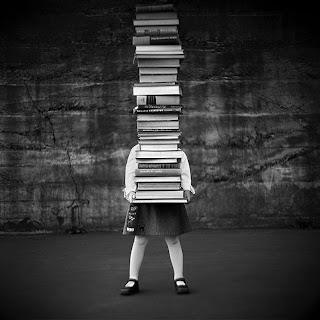 In September I will be starting my Master of Arts in English. In short, that means I will be reading - all day, all night, all the time.

For my 'R' post I have decided to give my lovely readers a bit of insight into what I will be reading over the next year during my studies.

I am required to take six classes in addition to the mandatory course: Research Methods and Bibliography: Approaches to Graduate Studies. I mentioned the other courses I have decided on in my O is for Options post. I've only fully decided on four of the required six so the reading list will get longer if that is even possible...

The first class I've decided on is Medieval (Re-) Visions of Classical Antiquity.

The required readings include: Roman do Troie, an Anglo-Norman text by Benoit de St Maure, composed at the court of Henry II, Duke of Normandy and King of England, and Eleanor of Aquitaine.
-Historia destructionis Troiae, an internationally influential pseudo-historiographical text by Guido delle Colonne's, written in multicultural Sicily, a European centre of translation and scholarship.
-Il Filostrato, an Italian urbanized text by Giovanni Boccaccio, connected with the Angevin court at Naples.
-Troilus and Criseyde by Geoffrey Chaucer, a response to the political crisis of the mid-1380s in London.
-Testament of Cresseid, a late fifteenth-century proto-postcolonial text by Robert Henryson, composed on the even of Renaissance humanism in Scotland freeing itself from English cultural and political hegemony.

The last two texts, Chaucer's and Henryson's will be read in Middle English and Middle Scots - fun!...or not.

I'll also be reading the medieval legend Troy re-written as an epic, courtly romance, sholarly historiography, complaint d'amour, and philosophical (Boethian) anti-romance. Newer adaptations of Troy that I will be reading come from the likes of Spencer, Shakespeare, and as recent as Margaret Atwood.

Running Reading Total: 6 (if I only count Troy once) or 14 (If I count eight versions of Troy)

The second class I've decided on is Learning One's Letters: Education and Culture in Victorian Literature.

The tentative long list of primary texts (UNB's words, not mine) includes: "Democracy" and "Literature and Science" by Matthew Arnold, Villette by Charlotte Bronte, Great Expectations or Hard Times by Charles Dickens, The Mill on the Floss by George Eliot, Wives and Daughters by Elizabeth Gaskell, Jude the Obscure by Thomas Hardy, Tom Brown's Schooldays by Thomas Hughes, "Science and Culture" and "Universities Actual and Ideal" by Thomas Huxley, The Water Babies or Alton Locke: Tailor and Poet by Charles Kingsley, Autobiography [selections] by John Stuart Mill, The Idea of University by John Henry Newman, Sesame and Lilies by John Rushkin, The Princess by Alfred Tennyson, and What Books to Lend and What to Give by Charlotte Yonge.

Remember, those are only the primary texts; there will be supplemental texts in addition to these.

The third class is African American Literature and the Sociology of Race.

The primary texts are as follows: Quicksand by Nella Larsen, Their Eyes Were Watching God by Zora Neale Hurston, Black No More by George Schuyler, Native Son by Richard Wright, The Street by Ann Petry, Invisible Man by Ralph Ellison, Blind Man with a Pistol by Chester Hilmes, Mumbo Jumbo by Ishmael Reed, Song of Solomon by Toni Morrison, Linden Hills by Gloria Naylor, and The Intuitionist by Colson Whitehead.
But, that's not all, oh, no. These are the secondary texts: Excerpts from The Souls of Black Folk by W.E.B. Du Bois, "The City" by Ernest Burgess, "Marginal Man" by Robert Park, Excerpts from An American Dilemma by Gunna Myrdal, Excerpts from Black Bourgeoisie by Franklin Frazier, "The Negro Family" by Daniel P. Moynihan, Excerpts from The Unheavenly City by Edward Banfield, Excerpts from The Declining Significance of Race by Julius Wilson, "Mama's Baby, Papa's Maybe: An American Grammar Book" by Hortense Spillers, and "The Chitlin Circuit: On Black Community" by bell hooks.

The fourth class is Creative Writing: Prose, but it doesn't have a reading list so we're still at 43 or 51.

I am going to go out on a limb here and make an educated guess that the remaining two classes will have, at the very least, ten additional texts each. 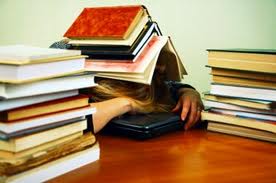