Because That's How I Roll

Alright, so on top of being a full time staff member and student at BU and volunteering for a bunch of organizations, I dabble in freelance writing for Suite101, an online magazine and writers' network. With that said, I decided to write an article in honour of my HEAD SHAVE and beautiful bald women everywhere. The article is called Beautiful and Famous Bald Women. Suite101 keeps track of the number of Page Views (PVs) an article receives in order for writers to see how well their articles are doing in terms of being searched. Because that's how I roll, I've decided to commit $0.14 to my own campaign for every PV that "Beautiful and Famous Bald Women" receives. Why $0.14? Because there are an estimated 14 million children in Sub-Saharan Africa that have been effected by the HIV/AIDS pandemic.

Since the article doesn't allow images within the text, I wanted to insert the gorgeous and inspiring images of the women about whom I wrote in this blog. Here goes!

Eve Salvail, a supermodel known for her bald head and dragon tattoo, she's an actress, dj, and stock broker. 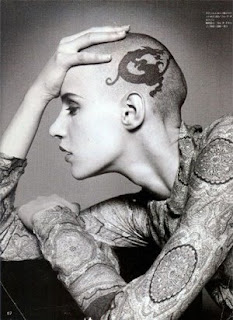 Cate Blanchett, best known for her role as the title character in Elizabeth, she shaved her head for a role in the 2002 film, Heaven. 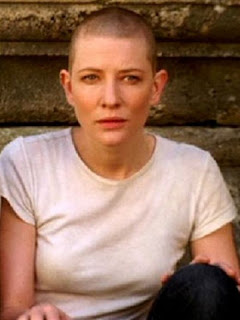 Natalie Portman, a well-known actress, was shaved bald for a scene in the 2005 movie, V for Vendetta. Isn't she absolutely gorgeous?! My hope is that I look as wonderful as her! 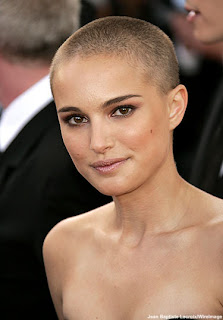 Demi Moore, as G.I. Jane, she played what is, likely, the most kick ass female role ever to grace the big screen. HU-AH! 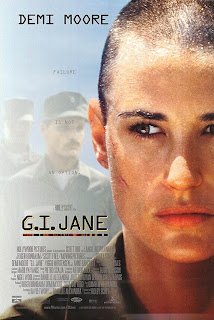 Alright, there you have it readers - some of the most beautiful bald women you will ever see. Can't wait to join the Bald Beauty Club!