A-Z Challenge: J is for Jane

Day 10 of A-Z and it's time for J. If I didn't use the letter J in my "All Things Grad School" theme to pay homage to the woman who will ultimately get me my MA, I would not be a very worthy student now would I?!. With that said, J is for Jane. The one. The only. Jane Austen.

You see, I have proposed to complete a master's thesis entitled, Jane Austen: why we still love her two hundred years later. I've already spent one year studying Jane's work in order to write my undergraduate advanced topics paper: Jane Austen on the Social Convention of Marriage. I've dedicated my studies to Jane. She holds my academic future between the lines of her novels. 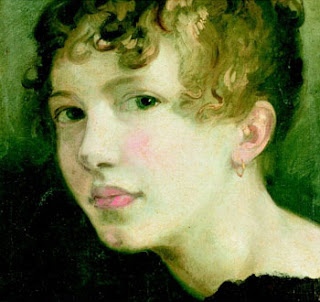 Jane was a literary genius. For a woman in the early 19th century, publishing written work was quite unheard of and because of that, Jane received no fame and little recognition as an author. She published four novels while she was alive. Sense and Sensibility (1811), Pride and Prejudice (1813), Mansfield Park (1814), and Emma (1816). Northanger Abbey and Persuasion were both published posthumously in 1818. There is a lot more of her work in existence, but I will spare you the lengthy list. 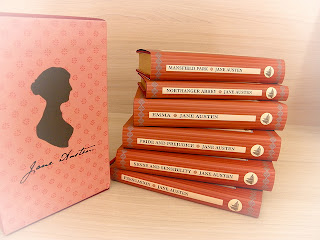 It was not until 1869 when her nephew published A Memoir of Jane Austen that Jane started to be recognised publicly. It wasn't until the 1940s that she was recognised in academia as a great English writer. In the second half of the 20th century Jane became so popular that an entire Janeite culture emerged.

I may not be quite as fanatical as the Janeites, but I am definitely a Jane fan. Are you? Have you read any of her novels? Which is your favorite? If you haven't read any of her works have you seen the film adaptations - Pride and Prejudice starring Keira Knightly? Emma starring Gwyneth Paltrow? Bridget Jones' Diary (based on P&P)? Clueless (based on Emma)?

Or, perhaps, there is an author that you love as much as I love Jane?