A-Z Challenge: P is for Pride & Prejudice and Persuasion

Alrighty people, it's time for 'P' and in keeping with my "All Things Grad School" theme, Jane Austen has two novels that I have to mention. I have to mention both of them because by the end of A-Z I will have discussed all of her novels so I have to include both 'P' novels here. Plus, P&P is pretty much everyone's favorite Austen novel and/or the only Austen novel they've read and Persuasion is her most unique novel in the grand scheme of all things Austen. 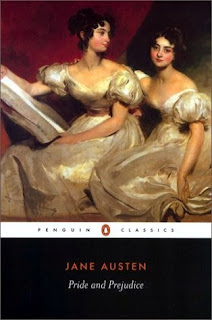 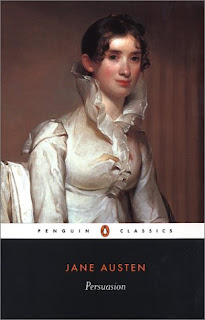 I'm not going to do reviews or plot summaries for you, though. If you haven't read Pride & Prejudice or watched any of the adaptations (and there are a tonne), crawl out from beneath the rock you are living under and do it! I recommend Bride & Prejudice because I dig Bollywood, but really any of them will do; just remember, Hollywood always ruins Austen's endings. Pride & Prejudice has the best characters of all of the Austen novels, but in terms of story line it ranks fourth our of six on my list Austen novels. Read Persuasion too, but you'll really only notice the difference (well, maybe you will) if you read at least two of her other novels.

Actually, P&P and Persuasion kind of toggle back and forth between fourth and fifth place on my list. Perhaps I should just say they are tied for fourth place.

So, no reviews, no plot summaries, but what I will do is give you a little itty bitty (so it's not too boring) tid bit of my undergraduate Advanced Topics paper. The basic context is that I did a feminist reading of Austen's novels and presented a thesis that argues that each of the five early heroines (Anne Elliot in Persuasion is the sixth) are convinced to give up their atypical nature and become the embodiment of the feminine ideal, one of propriety and subservience . It is only Anne, the eldest leading lady, who clearly understands who she is and what she wants out of life and is therefore not "tamed."

Ok, with that said, here's the premise for my analysis of P&P:
"In Pride and Prejudice, while there is no direct evidence of taming, the reader is left wondering whether the arrogance of the hero will inevitably provide the heroine with a life of misery rather than happiness."

...and here it is for Persuasion:
"In distinct contrast to the young and consequently naive heroines in Austen's preceding five novels, Persuasion focuses on Anne's maturity along with the success and happiness that can result when woman waits until she is fully aware of her own thoughts and emotions before uniting herself with someone else." 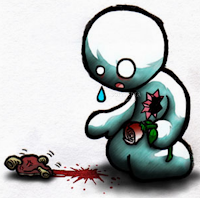 In short, Persuasion is really the only romantic novel of the bunch. So, what do you think of that?!