A-Z Challenge: S is for Sense and Sensibility

If you've been following along on my A-Z adventure you should have noticed that Sense & Sensibility is the only Jane Austen novel that I have yet to discuss. In keeping with my "All Things Grad School" theme, Sense & Sensibility simply cannot be slighted (S is such a spectacular letter, don't you think?!). 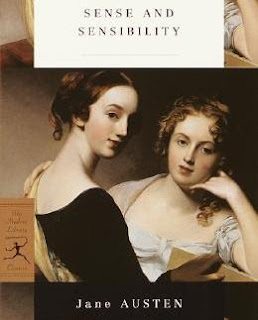 Sense & Sensibility (1811) was Austen's first published novel and is my second favorite in the list of 6. Put S&S toe-to-toe with P&P and S&S is the better novel hands down (that was a fun sentence). Ok, P&P might have better characters, but S&S is so full of wit and hilarity that it's by far the better story and Marianne gives Elizabeth a pretty good run for her money in the character department. I mean Colonel Brandon in flannel waistcoats? Come on! It doesn't get any funnier than that!